“Which campaign structure should I use?”

It’s a question that gets thrown around a lot when it comes to running Facebook Ads. And the honest answer is…there is no single optimal campaign structure. The structure you choose will depend on:

1) What you’re trying to achieve with that particular campaign

2) How big your budget is

3) The nuances and quirks of your individual ad account

But before we get started, let’s take a took at what I mean by Campaign Structure.

Ad set level – Every ad campaign is made up of one or more ad sets. Ad sets are groups of ads which share the same objective but which differ based on the audience they target. Within an ad set you must have at least 1 ad, but you may have multiple ads within each ad set.

Ad level – Ad level is the bottom ad campaign level – and it’s where you set up the actual ad creatives you’re going to run. At ad level you may have many different variations of an ad running to a single audience. 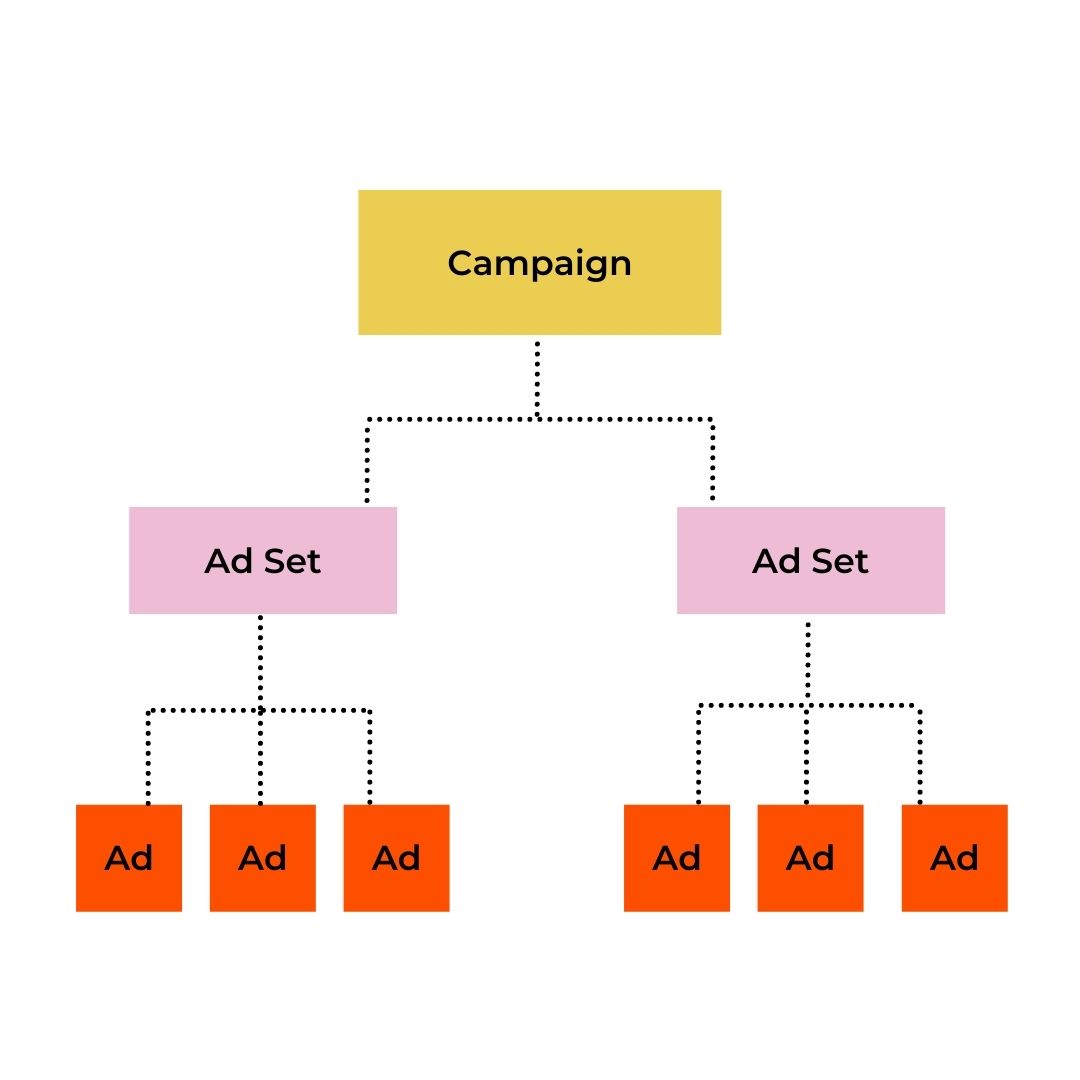 At each layer of the campaign you must make a few key decisions about the way Facebook allocates your budget and the audiences that the algorithm shows your ads to. So what are the key considerations at each level of your campaign?

Now, 95% of advertisers will choose a conversion objective. Because this objective tells Facebook to show your ads to all the people who are most likely to buy.

The downside of this is that the Conversion Objective is also the most expensive. So, if you’re running ads with a low budget it can be better to set an objective that’s higher up the funnel (like traffic or reach).

So you’ll need to decide if you want to allocate your budget at the Campaign Level or at the Ad Set Level (CBO or ABO). At campaign level, Facebook takes complete control over how it spends your ad budget. Which means it will often choose the best performing Ad Sets – and direct most of your ad spend there. On the flipside, if you allocate your budget at Ad Set level, you get to decide how much money Facebook spends on each audience.

Neither one is better than the other. But the approach you choose will depend on a couple of factors:

And if you’re in test mode, you’ll want between 3 and 10 ad sets, with your budget set at the ad set level (more on this in a second).

And for retargeting campaigns, you’ll want at least 1 ad set (depending on the size of each of your audiences). If your retargeting audiences are small, it’s a good idea to group all of your warm audiences into a single ad set.

But if you want to test new audiences and ad creative – it’s normally best to set your budget at the ad set level. Here’s why…

During a CBO campaign, Facebook’s main concern is finding the most efficient way to spend your money. And sometimes that can mean channeling all your ad spend to one, single audience.

Right now, a good rule of thumb is to use stay within these audience size parameters:

And for retargeting campaigns, the ideal number of ads per ad set is between 2 and 6.

If you’re anything like me, it always helps to have a visual to make it easy to remember these kinds of best practices.

Send Me The Book! 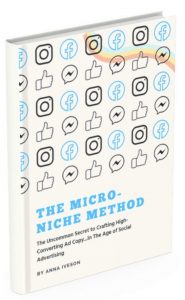